Be very careful what you wish for. That’s what the Queen discovers when after having 12 sons she wishes for a daughter. For at the very moment her beautiful daughter is born, her sons are transformed into wild ducks.

Having discovered her brothers’ fate, the princess sets out to try to release them from their enchantment. She must weave and sew 12 shirts from nettles. And, as if that isn’t hard enough, for 3 years she must stay silent and neither smile nor weep.

This traditional Norwegian tale is full to the brim with cliff-hanging moments and - in true traditional story-tale spirit - is also a fabulous fable of determination in the face of great adversity.

multi story create their customary magic with a judicious blend of live music, magical word-weaving and the engaging physicality that has become their hallmark.

The two storytellers are dressed in pyjamas and dressing-gowns and everything on the stage is white – a white table, white material draped around the place and even piles of white books.

One of the storytellers piles up books like a house of cards. The other storyteller snips at some white tissue paper.

One of the storytellers finds something of interest in a book and starts to sing – the other storyteller joins in. They sing about Wild Ducks flying away for the winter.

They tell of snow falling, of how the palace and the gardens are covered in snow – illustrated by the snippings from the tissue paper. They tell of twelve noisy boys round the breakfast table – and the snipped tissue paper unfolds into a string of boys – and how the Queen escapes the noise by pruning roses in the garden. They tell how the boys come out into the garden to play snowballs – which they show in slow-motion. How a snowball hits the Queen, who pricks her finger on a rose, and how the Queen wishes she had a baby girl – and that her sons could fly away for all she cares.

A baby girl is born (shown as a puppet fashioned out of one of the dressing-gowns) and is named Snow-Rose – and immediately the twelve princes turn into Wild Ducks and fly away (represented by the white books flapping). The King and the Queen are devastated.

Snow-Rose is given a silver spoon which uses to dig with in the garden. The worms and the slugs are her only friends. She wishes she had brothers and sisters. The King and the Queen explain what happened to her brothers. Snow-Rose is determined to find them and she sets off walking – now no longer a puppet but played by one of the storytellers.

Snow-Rose sings a song as she travels deep into the forest. A large white sheet is pulled down which uncovers a green sheet, representative of the wood. She travels for three years. Then one morning she hears the sound of twelve Wild Ducks flapping into the air and she finds a cottage. On the table are twelve bowls each with a silver spoon beside it. And a pot of porridge bubbling on the stove. Snow-Rose knows this must be where her brothers are living. She takes out her own silver spoon to tuck into a bowl of porridge. And then exhausted, she falls asleep in one of the twelve beds.

When the twelve Wild Ducks return that evening, their feathers fall away and they become twelve young men. They find an extra silver spoon on the table and realise their sister must be here – their sister who is responsible for them being Wild Ducks by day and men only at night. They find her in one of the beds and say she must be pay for what she’s done. She says that they can kill her if that will save them. But they know that it won’t make any difference.

Snow-Rose asks how she can help her brothers. They say it’s not possible. She would have to sew twelve shirts out of material made from stinging-nettles. And she mustn’t speak a word. And she mustn’t laugh or cry. She says that she will do it. Her thoughts are expressed in a song.

Snow-Rose gathers piles of nettles and spins them into cloth. The other storyteller pretends to be a pile of nettles – so the storyteller being Snow-Rose has to lift him onto her back and struggle to drag him back to the cottage. It takes three years to make enough material. Then she starts sewing the cloth into twelve shirts. She has nearly finished the shirts when she hears the sound of hunters. She knows that her brothers will be flying back any moment and she runs towards where the hunters are to stop them shooting arrows at the Wild Ducks.

The leader of the hunters is on horseback and is just about to fire an arrow at the ducks when Snow-Rose nearly pushes him off his horse. He is the King of this country. He asks who she is but of course she can’t reply. He sees that she is covered in nettle stings and thinks somebody must be pushing her into the nettles. He decides to take her back to his castle so that she can have a better life. She can’t explain who she is so she has to go with him. She takes the bag of nearly finished shirts with her.

To represent the castle, the storytellers pull down the green sheet, uncovering a length of purple material.

The King is very kind but Snow-Rose is thinking of her brothers. She realises, though, that if things were different she could like the King – and they sing a song of how things might be in different circumstances.

But the mother of the king and the other ladies the court don’t like Snow-Rose at all. They persuade the King that she is a witch and that she has been sacrificing little animals to use in her spells. The King doesn’t believe them at first but finally is persuaded that she must be burnt as a witch.

Snow-Rose is thrown into a dungeon. But a friendly guard brings her the bag of sewing. Snow-Rose finishes the shirts – but finds that she has dropped a sleeve somewhere so that one of the shirts has a sleeve missing. As she is led out of the dungeon she lets the shirts fall to the ground and twelve Wild Ducks swoop down and pick them up in their beaks. The fire is lit - but at the last moment her twelve brothers ride to her rescue and she is released. Now she can talk and she explains the whole story. The King is delighted and asks her to forgive him. The King’s mother is deeply ashamed.

The twelve Princes insist they travel home to their parents to let them know that they are safe. But Princess Snow-Rose is certain that she’ll be back to see the King again. Their parents are delighted – even though the youngest Prince has a wing instead of an arm where his shirt is missing a sleeve. They all tuck into a bowl of porridge.

The storytellers sing a final song, telling how the Wild Ducks have arrived to nest in the summer. 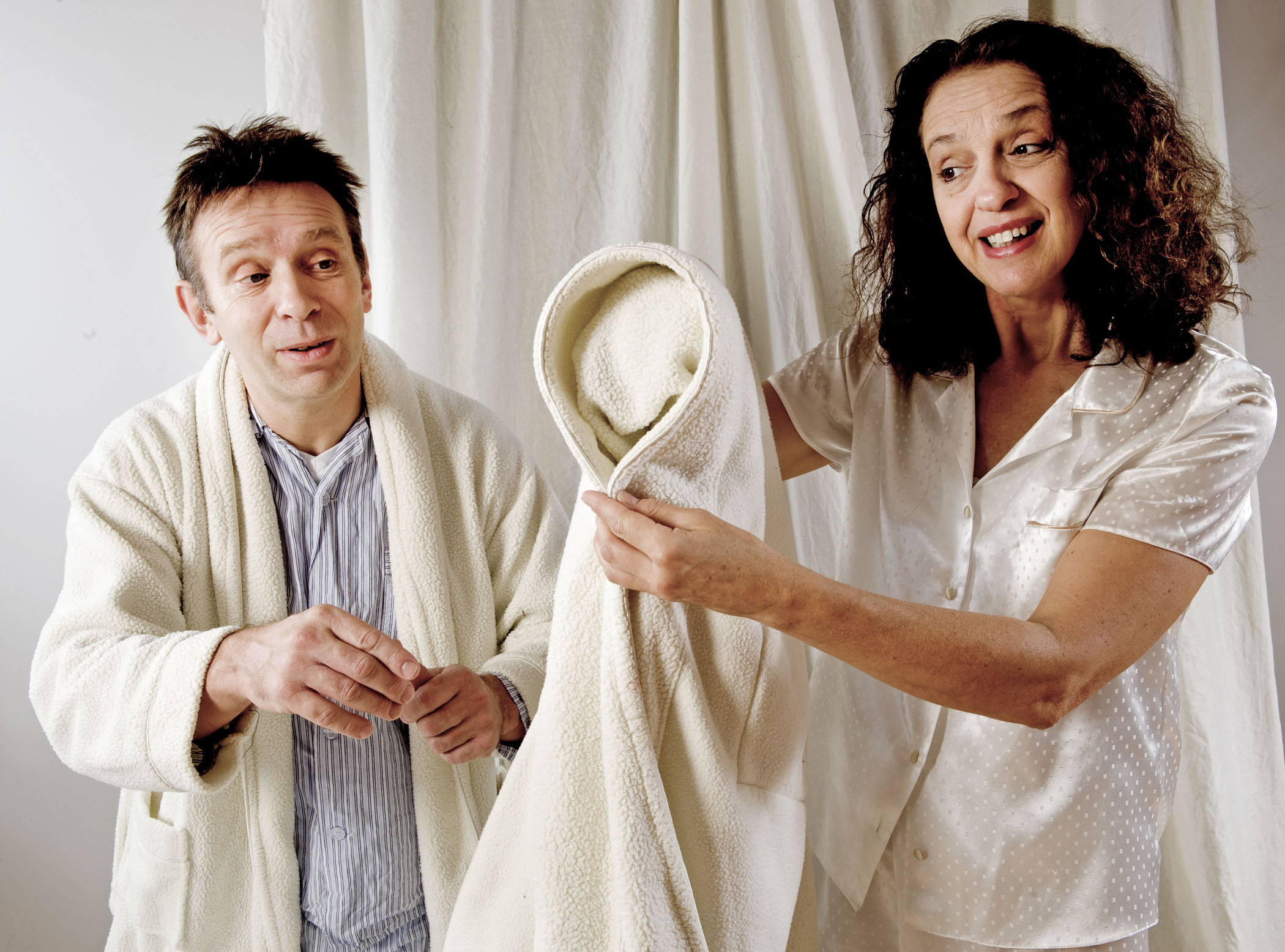 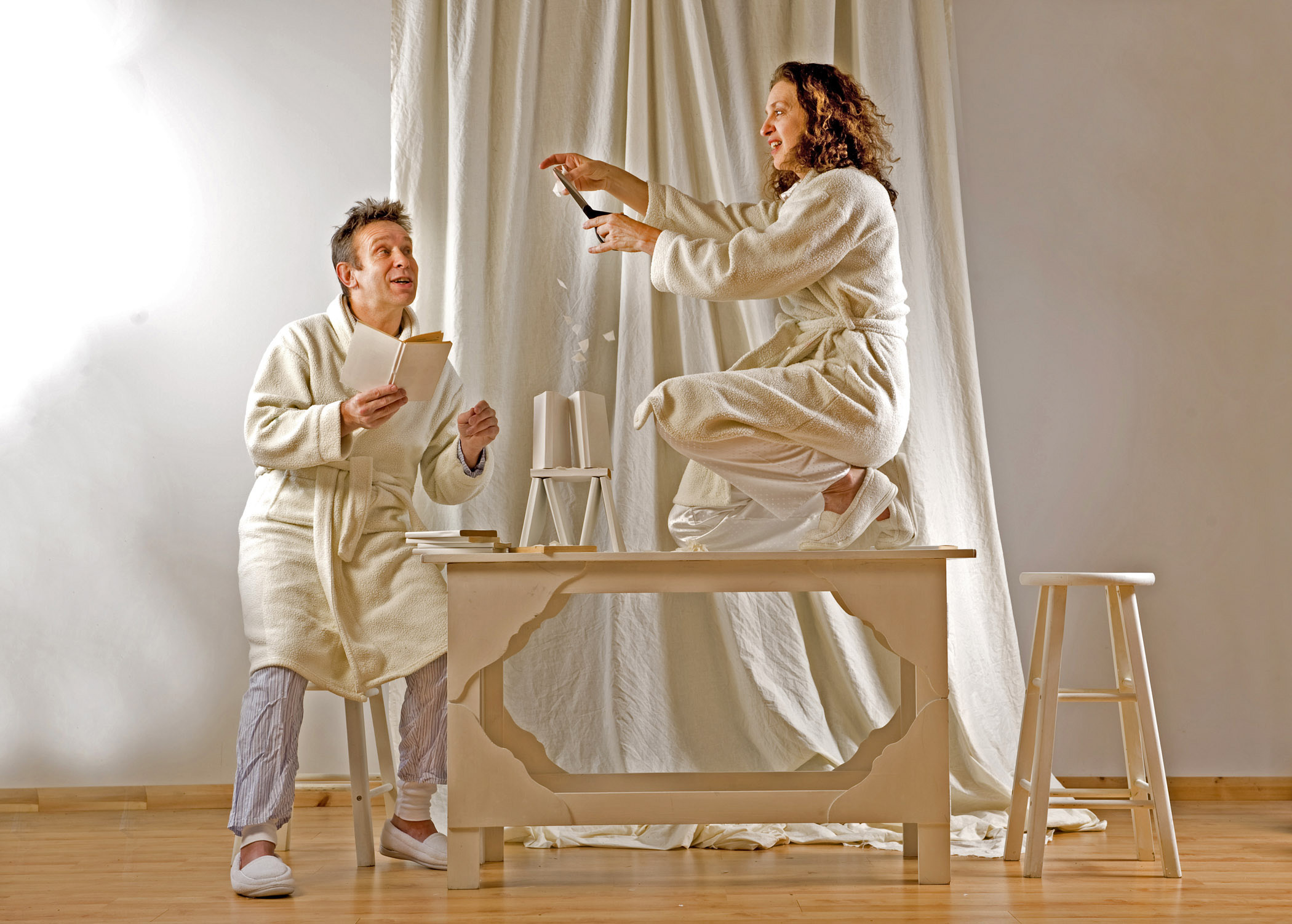 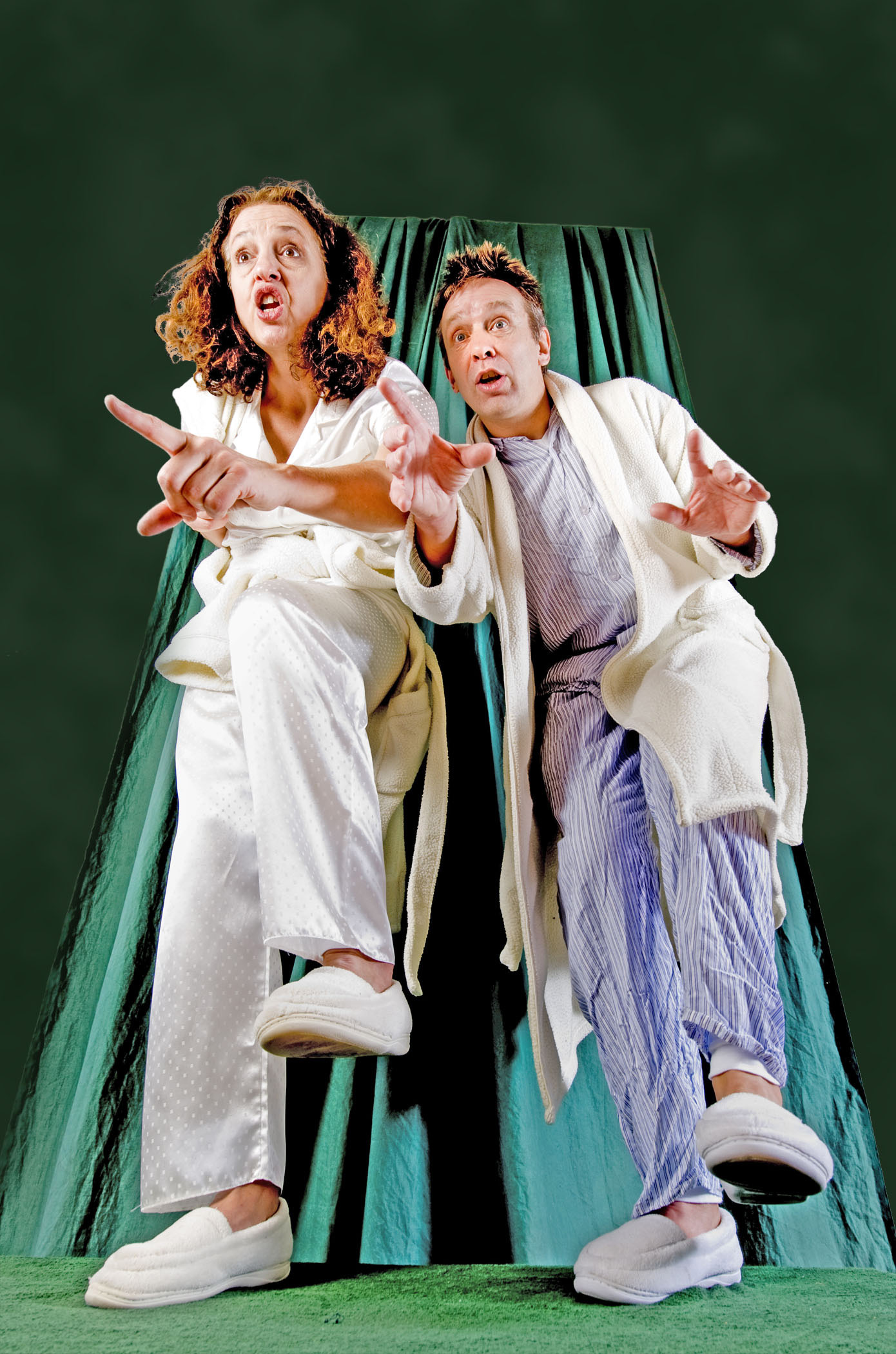 Be careful what you wish for. That’s what the Queen discovers when after having 12 sons she wishes for a daughter. For at the very moment her beautiful daughter is born, her sons are transformed into wild ducks.

When Princess Snow-Rose learns what happened to her brothers, she sets out to try to release them from their enchantment. She must weave and sew 12 shirts from nettles. And, as if that isn’t hard enough, for three years she must stay silent and neither smile nor weep.

This traditional Norwegian tale is a fabulous fable of determination in the face of great hardship.

multi story bring their customary magic to bear with a blend of live music, magical word-weaving and the engaging physicality that has become their hallmark.

Masses of humour appropriate to our age groups. Clever stage business which the children are always intrigued by. The story was simple and clearly told. The singing was enjoyed.

We have followed up with art work on expressions and children re-enacted parts of the story.