A white bear comes knocking at the cottage door. The daughter of the house agrees to join him in his icy palace. There she has all the riches that she could ask for but she is curious as to why the white bear won't let her light any candles at night.

Eventually, encouraged by her mother, she does so and discovers that the bear is in fact a handsome Prince. But she has broken a spell and the Prince is whisked away from her to the Troll Castle, which lies East o'the Sun and West o'the Moon.

The girl is heart-broken and sets out to find him. Aided by three mysterious women and abetted by the four Winds she finally reaches the Troll Castle where she has to use all her powers to save the Prince from marriage to the Troll Princess.

Gill and Bill animate a whole host of characters - humans, animals, trolls and winds - using their physical and vocal skills along with simple costumes, masks and some very effective shadow-play.

"Full of the humour, movement and music that have become the hallmarks of a multi story production."

"The children were intrigued by the screen and loved the costumes. We like to provide our children with experiences beyond their own lives. The performance was perfect for this."

It’s cold in the cottage. The snow is piled up against the door. Suddenly there’s a knocking and Mother and Father are confronted by a big white bear. He wants their daughter to join him in his ice palace. And he gives them till Thursday to make up their minds. Mother and Father decide it will be in everyone’s best interest if their daughter goes with him – after all he has promised that they will be rich. So Father breaks the news to his daughter.

Next Thursday the bear returns and whisks the girl away. He installs her in his Palace of Ice. She is comfortable but lonely – there’s no-one to talk to and the bear is always away about his business. The bear sleeps in her room to protect her but she hears a different pattern of breathing and is sure that someone else is there.

Back at the Palace of Ice the girls lights the candle-end and discovers a beautiful Prince asleep in her room. She is so taken with him that she leans over to kiss him. But three drops of burning candle-wax spill onto his shirt, which wakes him. He is distraught. Now they will never see each other again. He has been under a spell – a bear by day, a prince by night – and because she has seen him as a prince the Trolls will carry him away to marry the hideous Troll-Princess. The girl instantly falls into a deep sleep.

When the girl awakes she finds that not only has the prince disappeared: so too has the Palace of Ice. She sets off to find the prince, knowing only that the Castle of the Trolls lies somewhere east of the sun and west of the moon.

The prince interrupts his own wedding with the Troll Princess to announce that he will only marry the girl who can wash the three drops of wax out of his shirt. The Troll Princess tries but fails. The girl tries and succeeds. And the Trolls are so angry that they explode – propelling the girl and her Prince back to the little cottage where father and mother are delighted to see them. And where, we hope, they will all live happily ever after. 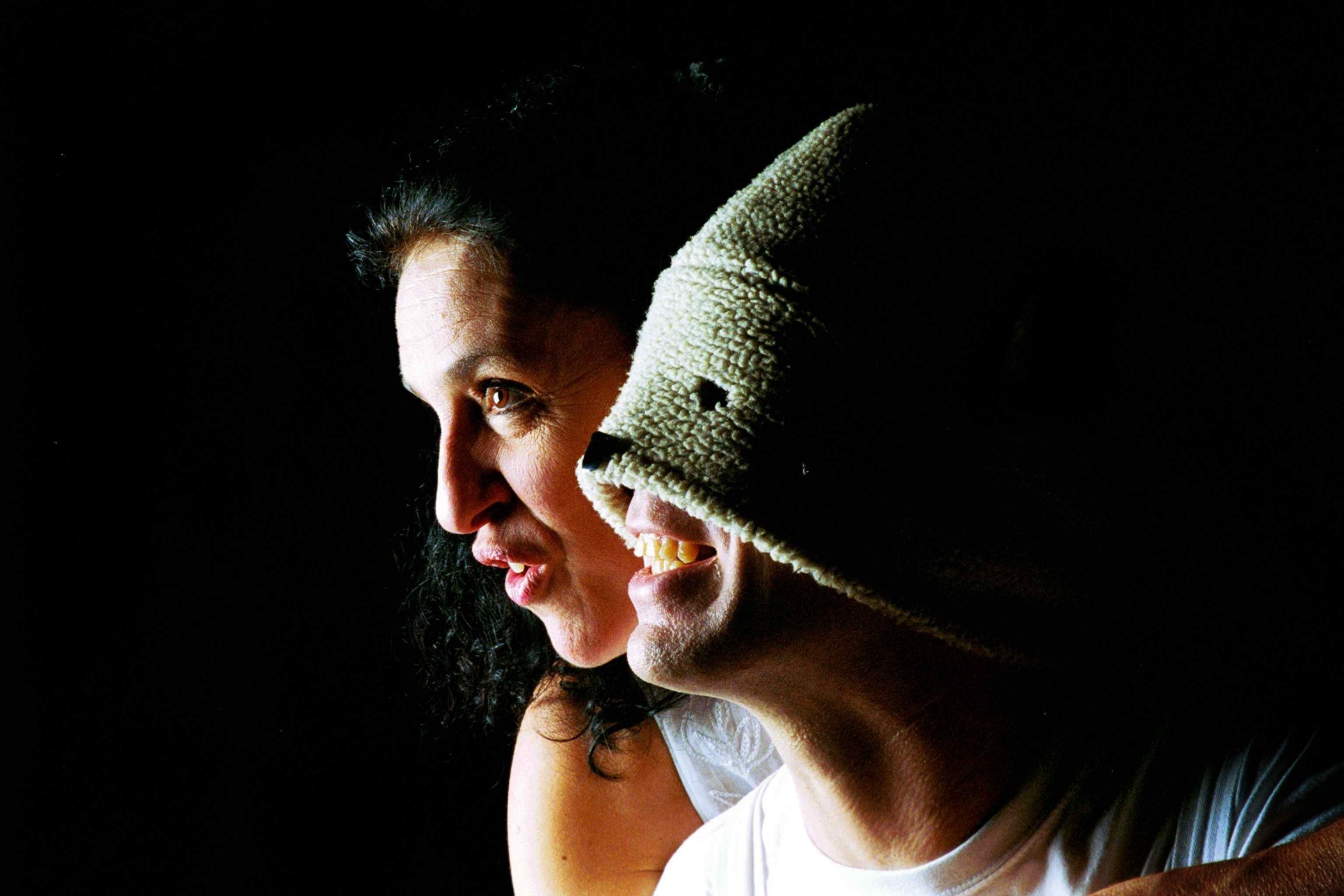 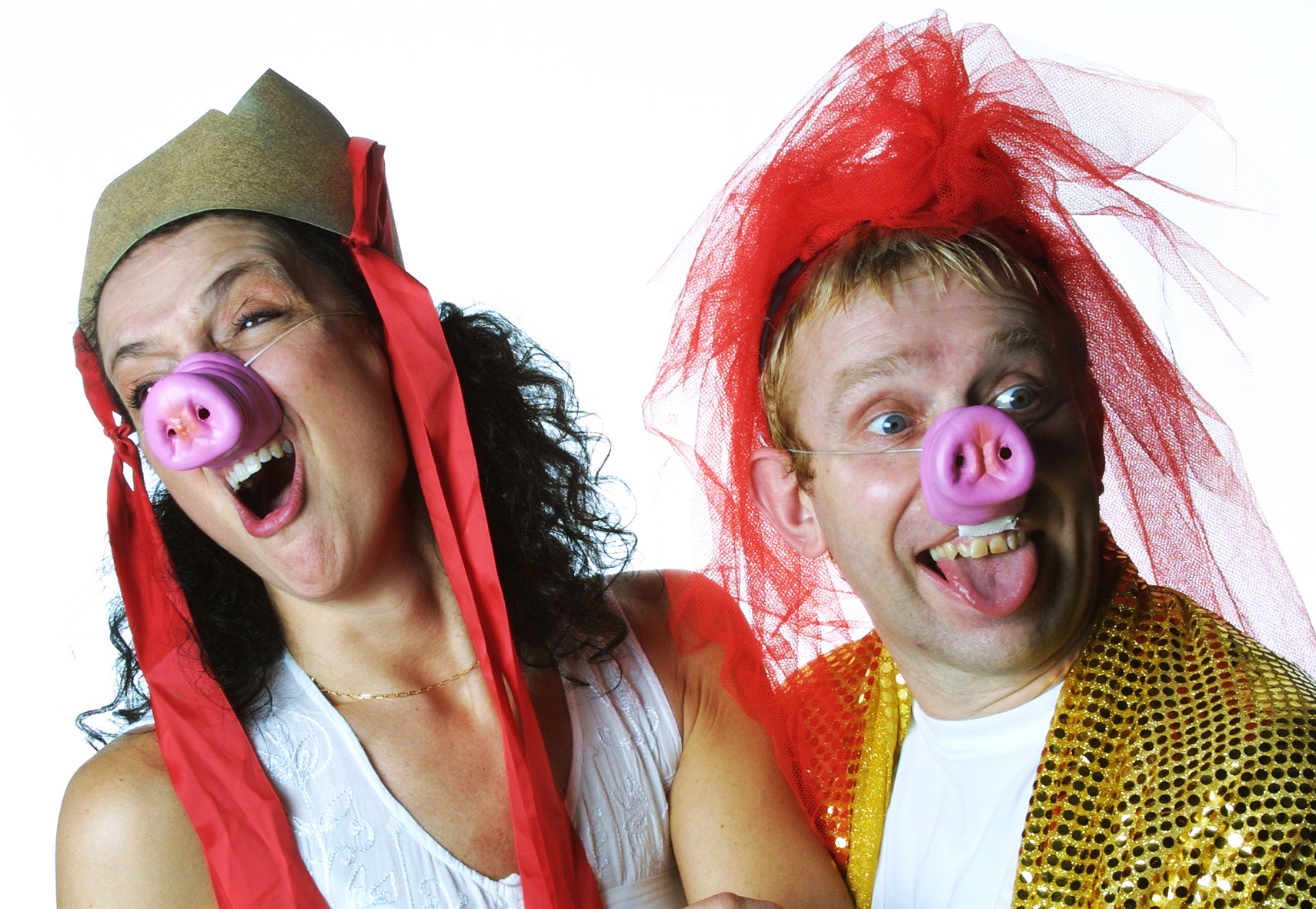 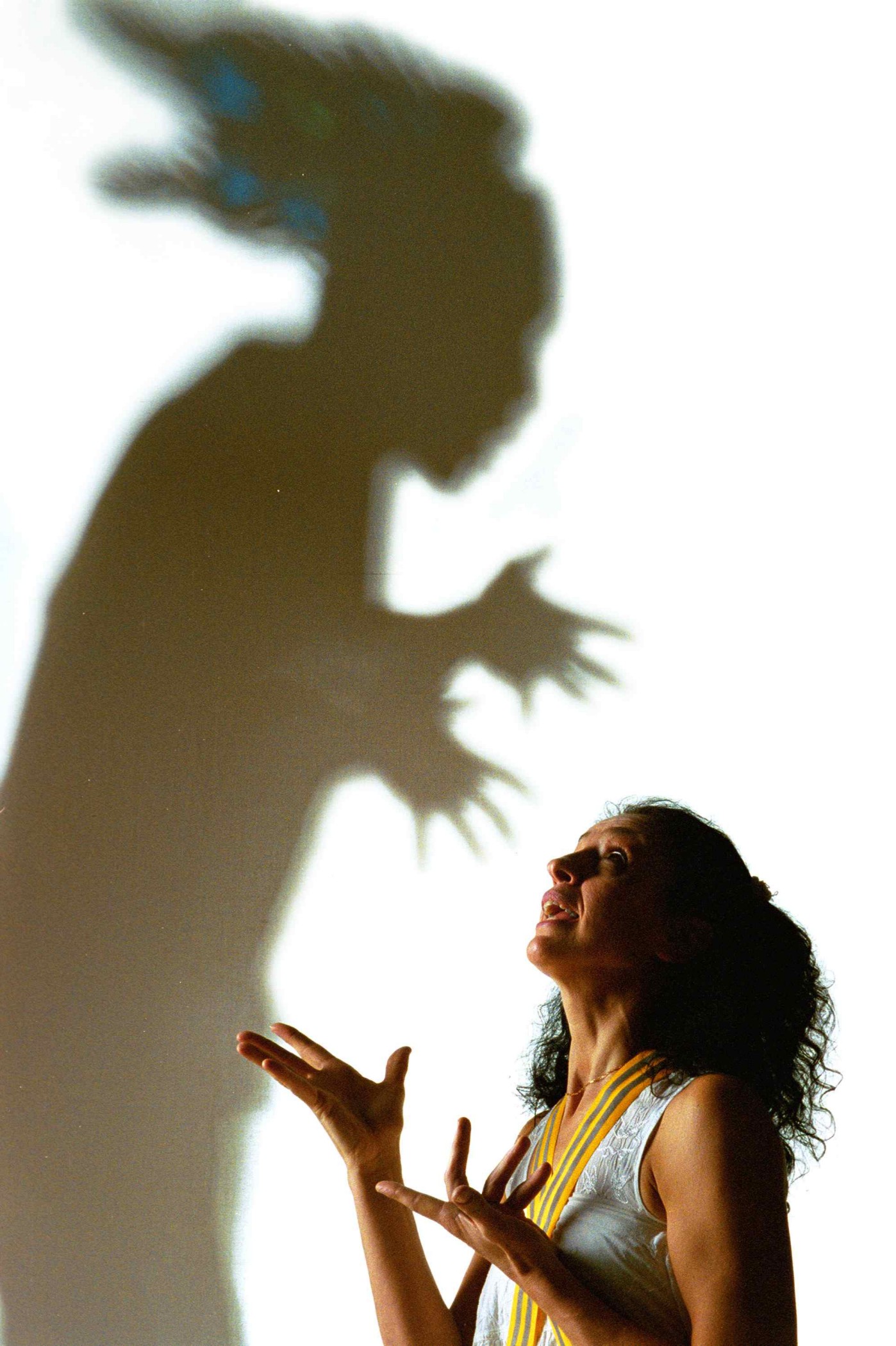 A white bear comes knocking at the cottage door. The young girl agrees to join him in his ice palace. She is given all she could ask for but wonders why the white bear won't let her see him at night - and won't let her light any candles. When she does, she finds that the bear is in fact a handsome Prince. But she has broken a spell and the Prince is whisked away to the Troll Castle, which lies East o'the Sun and West o'the Moon. The girl sets out to win him back...

The actors animate a whole host of characters - including humans, animals, trolls and winds - using their physical and musical skills along with masks and puppets.

"An hour of sheer magic for adults and children alike." Edmonton Journal

Those familiar with multi story's adaptation of The Firebird are already accustomed to the ingenious way that Bill and Gill enliven the stage with dozens of characters when they are a company of only two! But this production not only underlines their expertise in manipulating the imagination of their audiences, it takes their power of story telling into a new dimension of beauty. This is a truly enchanting, wonderfully told tale that is visually exquisite in its simplicity, and full of the humour, movement and music that have become the hallmark of multi story.

In one moment Bill is an ordinary dad, the next a bear, then a handsome prince - and then, suddenly and hilariously, he transforms, completely convincingly, into the mother - a character the audience had already accepted as one played by Gill! And as if playing all these characters wasn't keeping him busy enough, he also manages to play three wise women, the wind of the North and the wind of the West... AND the unforgettably awful Troll Princess who speaks a very nearly indecipherable alien language that had the audience weeping with laughter.

Meanwhile! Gill covers the wind of the East and a bonkers wind of the South with a mad Aussie accent, whilst also playing the mum and daughter of the piece and the formidable father of the bride - the Troll King.

All of these characters take the audience through the challenges of a young girl endeavouring to find, rescue and marry her handsome prince, who has been stolen away to the Troll castle, located, for adventure's sake, East o'the Sun and West o'the Moon.

Reinforcing the setting as an icebound palace and cottage, the entire set is white, dominated by an enormous screen which doubles as a door and a projection screen. In fact technically speaking this production is very exciting. The screen is used to show projected images that carry the audience from one setting to another but, at other times it is very cleverly lit from behind to give a shadow puppet effect for the portrayal of the four winds.

Closing with a "happy ending" against all the odds this is a show to warm the heart.
Andrea Charters, North Devon Journal

After finding great success with The Firebird at last year's Fringe, Bill Buffery and Gill Nathanson return with East o'the Sun, West o'the Moon, a new work aimed at kids of all ages The story was adapted from a traditional Norwegian tale and has everything a good kids' show should have. A talking bear, a troll princess and a quest to free a prince. Life lessons figure prominently in this tale that gently teaches as it entertains. The audience learns it pays to be bold but one should remain polite and ask questions when help is needed.

One of the best things about Multi Story's family shows - apart from the story - is the incredible inventiveness they display in creating a world with simple props and basic costumes.

Everything is kept minimal enough not to get in the way, but is flashy enough to captivate the children in the audience.

In fact, many parents who've paid for a matinee will likely be reinventing some of the crafts at home. A hat that rolls down into a bear mask, a horse made from a broom and shimmering fabrics help the two players become an endless series of characters with little time wasted changing costumes.

A large white screen in the middle of the stage also pulled triple duty, displaying projections, acting as a door and adding a little extra touch to a looming shadow when lit from behind. The adults in the crowd seemed to enjoy the show as much as the kids did, laughing at all the jokes and soaking up the plot as it unfolded.
CBC Manitoba