Jason sails towards Colchis on his boat the Argo, accompanied by fifty Argonauts. He seeks the Golden Fleece which he intends to seize as proof that he's ready to be King of Iolcos.

When they meet they are instantly attracted to each other and join forces to carry out some very testing tasks. Despite their succes, Medea's father refuses to hand over the Golden Fleece. But they use a mixture of magic and cunning to defeat the guardian Dragon and to seize the fleece. They set off across the sea for a new life together.

Two actors bring to life a host of people and creatures - with the help of the audience. Join the adventure as Jason takes on the fearsome Harpies, dodges the Clashing Rocks and, with Medea's help, defeats fire-breathing bulls an army ofDragons'-Teeth soldiers.

The production is for children aged 5 - 11 and their families. It will be of especial interest to Key Stage 2 classes studying Greek Myths.

Princess Medea looks out of her window in her father's palace, dreaming of adventures across the sea. Her father, King Aetes, won't let her read or play but encourages her to learn to dance with pointy toes and dainty feet. She prefers whirling and stomping. And she uses her whirling and stomping and magic spells to create a vision of a young man sailing across the sea towards her father's palace.

On the other side of the sea, Jason arrives at the Palace of King Pelias in Iolchos. The gatekeeper refuses to let him in, covered as he is in dust and wearing just one sandal. Jason explains why has has just one sandal - he lost the other carrying the goddess Hera across a river. And he's covered in dust because he has walked a long way to see the king.

The gatekeeper tells King Pelias of the young man with just one sandal and King Pelias agrees to see him. An oracle has told King Pelias that he will lose the kingdom of Iolchos to a man with just one sandal and he is curious to find out who the stranger is. Jason reveals himself to be the son of King Pelias's brother, from whom Pelias had seized the throne. Jason has come to claim the throne as his. Pelias suggests that in order to prove himself fit to be king, Jason should go on an adventure to win the Golden Fleece. Jason agrees.

Medea knows all about the Golden Fleece. It's her favourite story. But her father refuses to tell it to her again - he's too busy. He suggests she dances the story, to practise her pointy toes and dainty feet. Medea manages to involve him in dancing the story with her and together they play out the story of Phryxus and Helle escaping on the back of the Golden Ram, of how Helle fell off the Golden Ram, landed in the sea and was turned into a sea-nymph, of how the Golden Ram arrived with Phryxus in her father's kingdom of Colchis, of how King Aeetes sacrificedthe Golden Ram and nailed the Golden Fleece to a sacred tree.

Meanwhile Jason gathers together a band of adventurers to help him build a boat and sail it across the sea to win the Golden Fleece. Amongst the adventurers are Hercules, Theseus and Atalanta. They name their boat the Argo and call themselves the Argonauts.

Medea sees them in a vision setting off from Iolchos. She sees the ship threatened by a storm. The goddess Hera appears and blows the ship to the safety of an island. On the island is blind King Phineus who knows all about the Golden Fleece. He will help them if they do something about the Harpies - three giant birds with woman's faces who steal the fool from his hands and mess all over the food on his table. Jason and the Argonauts do battle with the Harpies and are just about to despatch them when Hera arrives again to tell Jason to spare the Harpies' lives because they do the work of the gods. In return she will send them to another island. Phineus is grateful to Jason and enjoys some food free from Harpy-mess. He tells Jason that the Golden Fleece is in Colchis but warns him to beware of the Clashing Rocks.

Hercules is unhappy that Jason just stands in the boat giving the orders while everyone else is rowing as hard as they can. Jason says that he has to tell them what to do at the right time or it won't work.

King Aeetes catches Medea conjuring up her visions. He his angry with her - but is also alarmed to see a ship full of warriors heading for Colchis. He is particularlu alarmed to see Hercules among them - the strongest man in the world.

Hercules complains of not having enough to eat. Jason agrees he can get off the boat to hunt for some food on a nearby island - but everyone else is to stay on the Argo.

Aeetes and Medea see that Hercules is alone on the island and they pray to Poseidon to send a wind to blow the boat away, leaving Hercules stranded. Poseidon answers their prayer. But Aeetes is still worried about the approaching ship full of warriors. He tells Medea to look her best and to dance with pointy toes and dainty feet in order to make the leader of the Argonauts fall in lover with her so that she can learn his secrets. Medea is happy, for once, to do as she is asked.

Atalanta sees the rooftops of Colchis in the distance. As they approach, Jason sees a beautiful young woman coming to greet them. It is Medea. He immediately falls under her spell. He tells her why they have come to Colchis - to win the Golden Fleece.

Medea persuades her father to set Jason a task, giving his word that if Jason carries out the task he shall have the Golden Fleece. King Aeetes decress that the task shall be to harness two fire-breathing bulls to an iron plough, to plough a stony field, to sow dragons-teeth from which will spring an army of fierce soldiers and then to defeat those soldiers. He is sure that Jason will fail.

With the help of Medea's magic powers, Jason carries out the task. But King Aeetes goes back on his word. Jason will not have the Golden Fleece. Instead, Aeetes plots to have Jason and his Argonauts thrown into the dungeon. But Medea warns Jason of her father's plans and together they steal the Golden Fleece from the sacred tree - first putting the guardian Dragon to sleep. 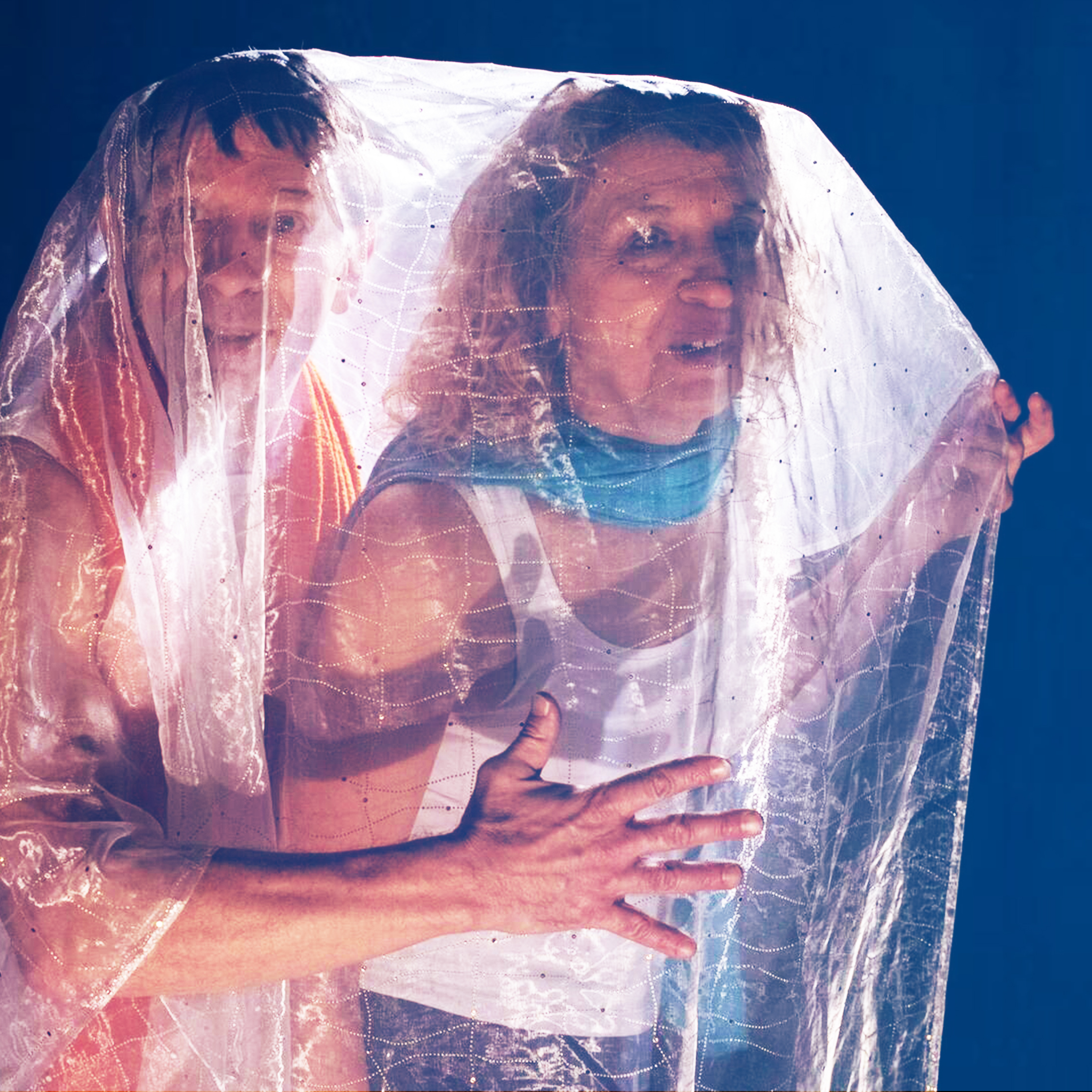 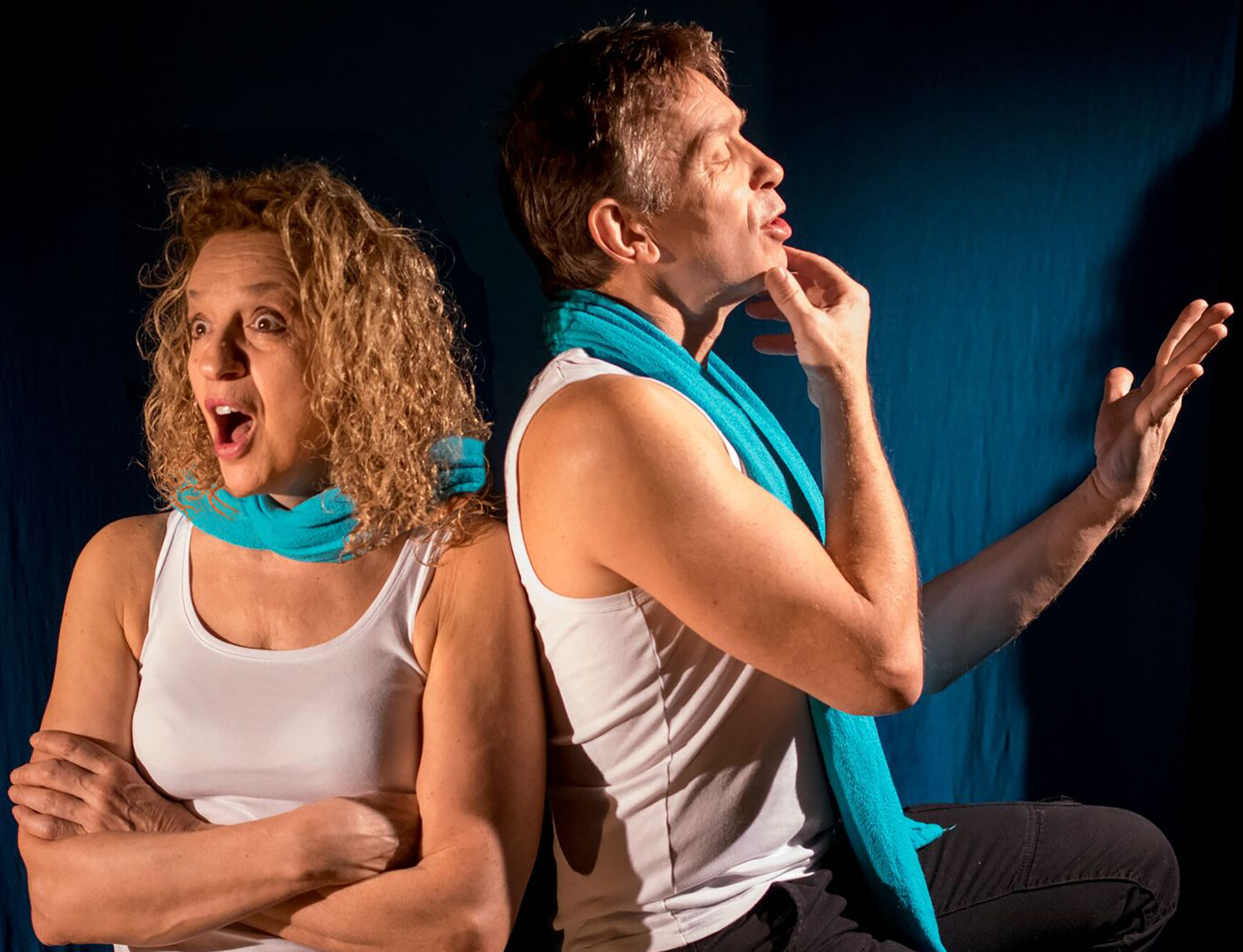 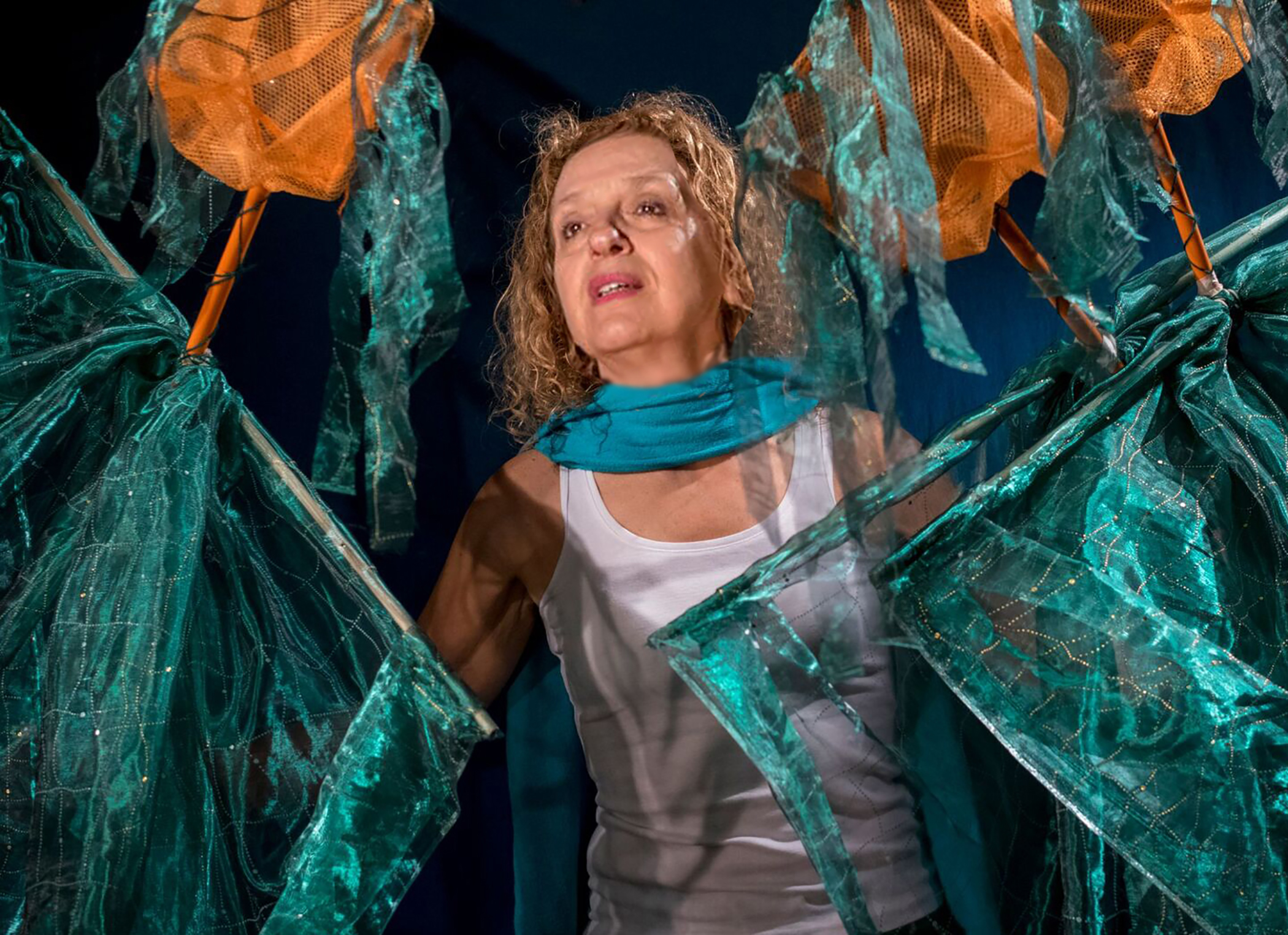 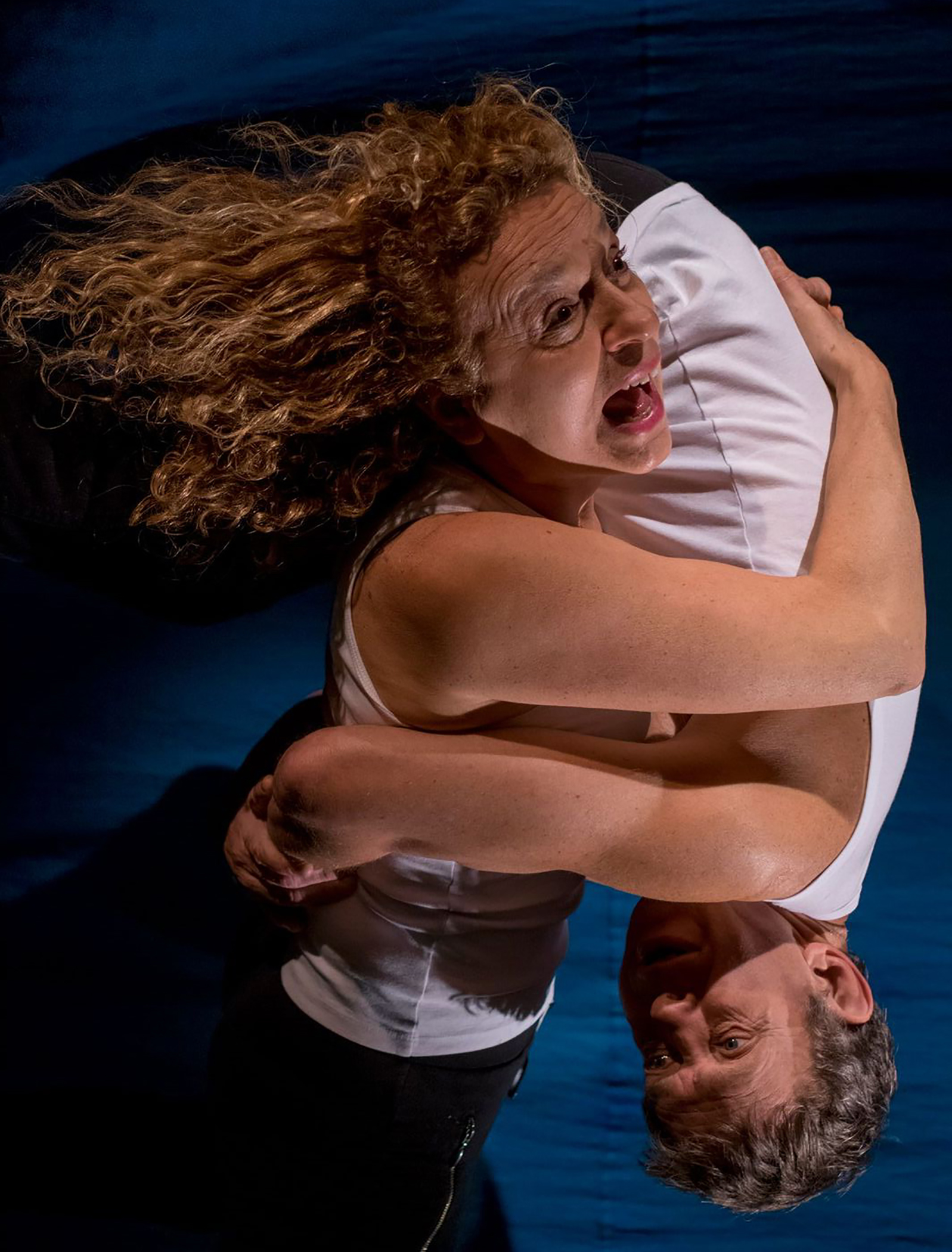 Two actors breathe new life into a classic Greek story, conjuring up a host of mythical characters and creatures - aided and abetted by the audience. Sign up for a great adventure as Jason battles a swollen river, takes on the fearsome Harpies, dodges the Clashing Rocks and, with the help of Princess Medea, tames a pair of fire-breathing bulls and defeats an army of soldiers that spring from Dragons-Teeth sown in the ground.

The interactive, magical nature of Jason & the Golden Fleece keeps the audience by turns spell-bound and roaring with laughter.