Two Greek myths for the price of one!

The Labyrinth combines the story of Theseus and the Minotaur with the legend of Icarus flying too close to the sun.

An old man and an old woman have amazing tales to tell. He says his name is Daedalus and that he built the labyrinth where the Minotaur lived. She says her name is Ariadne and that she helped Theseus defeat the Minotaur. He says that he made wings so that he and his son, Icarus, could fly. She says that she was abandoned on an island, the island of Naxos. But both of them admit that their memories are beginning to wander in a labyrinth of their own - so how much is true?

Through action, words, music and projection, multi story conjure up exciting adventure and a lively array of mythical characters including Icarus, Theseus, the Minotaur, King Minos, King Aegeus and even a god - Dionysus, the god of wine.

Children and adults will enjoy both the fun of the storytelling and the daring drama of the tales.

The production is for children aged 5 - 11 and their families. It will be of especial interest to Key Stage 2 classes studying Greek Myths.

An old man and an old woman sit on deckchairs remembering things that happened when they were much younger.

They both used to live on the same island, which was called Crete. The man is called Daedalus and he had a son called Icarus. The woman is called Ariadne and she used to dance with Icarus when she was the young Princess of Crete.

They both remember a young Prince of Athens called Theseus and that Ariadne fell in love with him at first sight. Theseus had come to Crete with six other young men and seven young women who were all supposed to be fed to a monster that lived under the palace. The monster had the body of a man but the head of a bull and was called the Minotaur. The monster was Ariadne’s half-brother. Her father the King had told Daedalus to build the monster a special prison so that it would never be able to escape. Daedalus built a huge maze of corridors called a labyrinth underneath the palace. There were so many twists and turns and dead ends that it was impossible to find the way out.

Ariadne didn’t want Theseus to be fed to the monster. She begged Daedalus to tell her how to help Theseus escape. Daedalus told her to give Theseus a sword to kill the monster and also a ball of string. Ariadne must hold one end of the string whilst Theseus unwinds the string through the maze so that once he’s killed the monster he can wind the string back up to find his way out. This is what Theseus does. And then he and Ariadne escape by boat to go to Athens where his father is waiting for news.

But Ariadne’s father, the King of Crete, is so angry with Daedalus for helping Theseus that he puts both him and his son Icarus into the dark tunnels of the labyrinth as a punishment.

Ariadne and Theseus sail away towards Athens but the ship is blown onto an island called Naxos.

Daedalus and Icarus escape from the labyrinth using a very cunning plan. They know they have to leave Crete before the king finds them. Daedalus tells Icarus he’s going to make wings for them so that they can fly to Athens. But first they need to gather feathers.

At the same time, on the island of Naxos, Ariadne feels strangely tired and falls asleep. She dreams that she is married to the great god Dionysus. When she wakes up Theseus has gone and all she can see is his ship with its black sail sailing away.

Back on Crete, Icarus has gathered lots of feathers but now they must find beeswax to stick the feathers to wooden frames.

On Naxos Ariadne has no food or drink until she finds some grapes to eat – she’s never eaten grapes before and she thinks they’re delicious. All of sudden lots of other women appear and they all dance until the god Dionysus appear –just like in her dream - and he really does asks her to be his queen. And she agrees - although she is still sad that Theseus has left her.

Daedalus and Icarus are trying to finish the wings so they can escape from Crete but the beeswax is too soft to stick the feathers in place and they have to add an extra ingredient to make the wax hard. This all takes so long that king’s soldiers almost catch them. There’s no time to test the wings - they just have to tie them onto their arms and fly.

Theseus sails home to Athens to his Father waiting on the cliffs watching for his son’s safe return. Theseus had promised to hoist a white sail if he killed the monster. But in all the excitement he forgets his promise and leaves the black sail up. His father sees the black sail and thinks his son must be dead. He is so sad that he leaps into the sea below.

Icarus and Daedalus’ wings work. Icarus is thrilled because he can fly like a sea eagle. Daedalus tells him not to fly too near the sun in case the heat melts the wax and the feathers fall off. But Icarus doesn’t listen to his dad. He does fly too high and the feathers do fall off and Icarus falls from the sky into the sea.

The old Daedalus and the old Ariadne wonder if what they remember really happened. Or was it a story - fact or fiction? They hope that one day young people will tell their stories too. 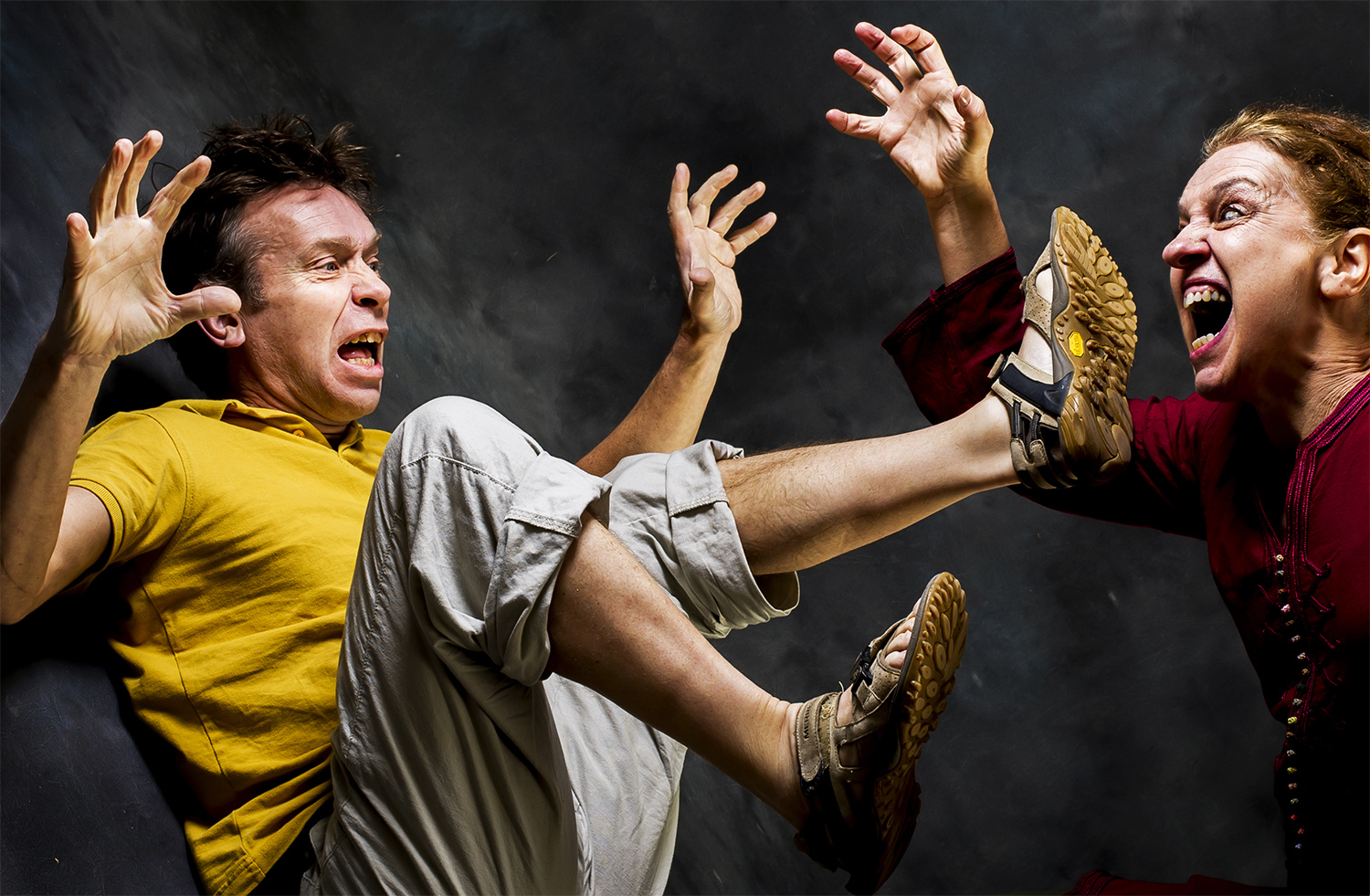 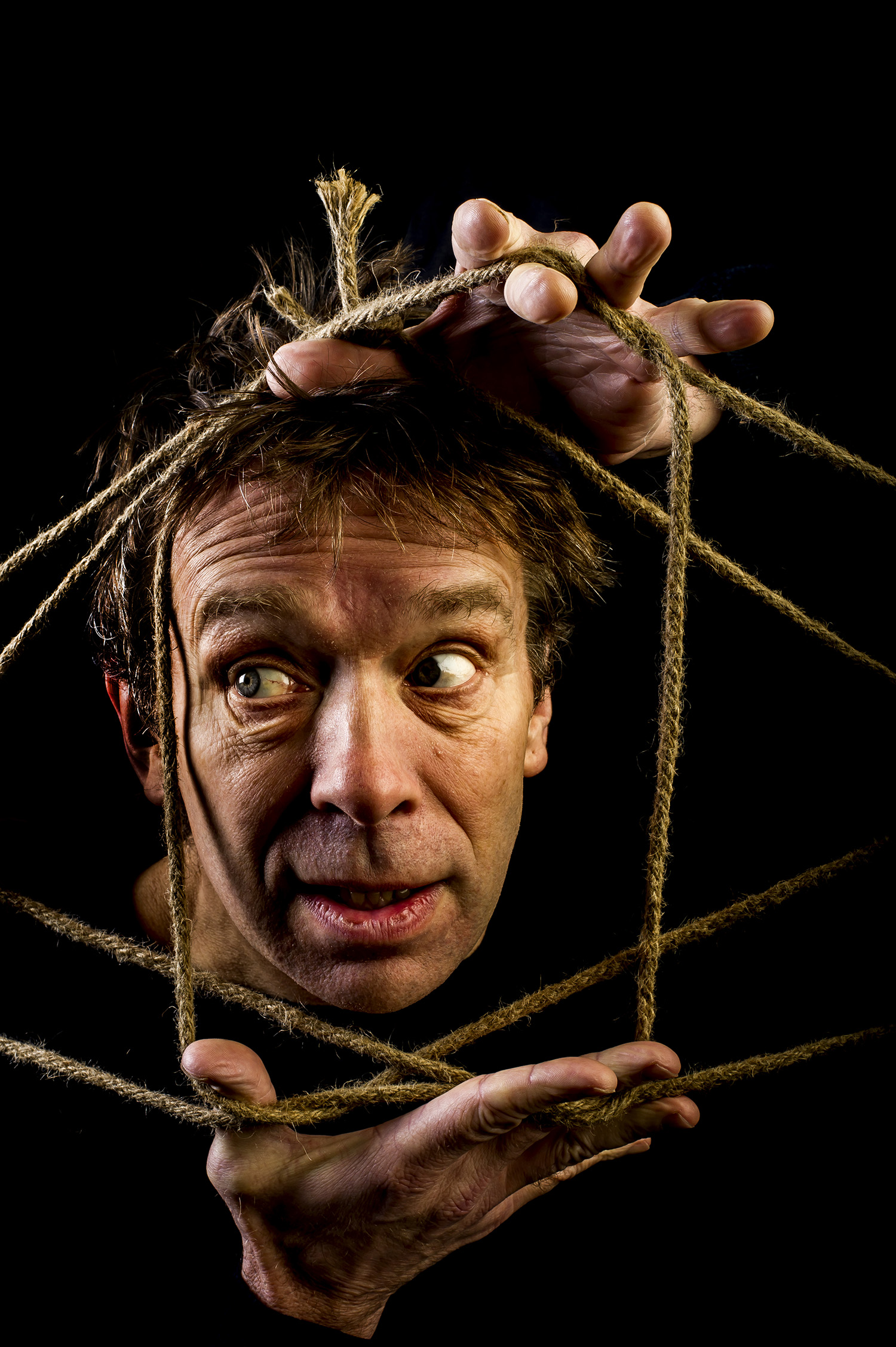 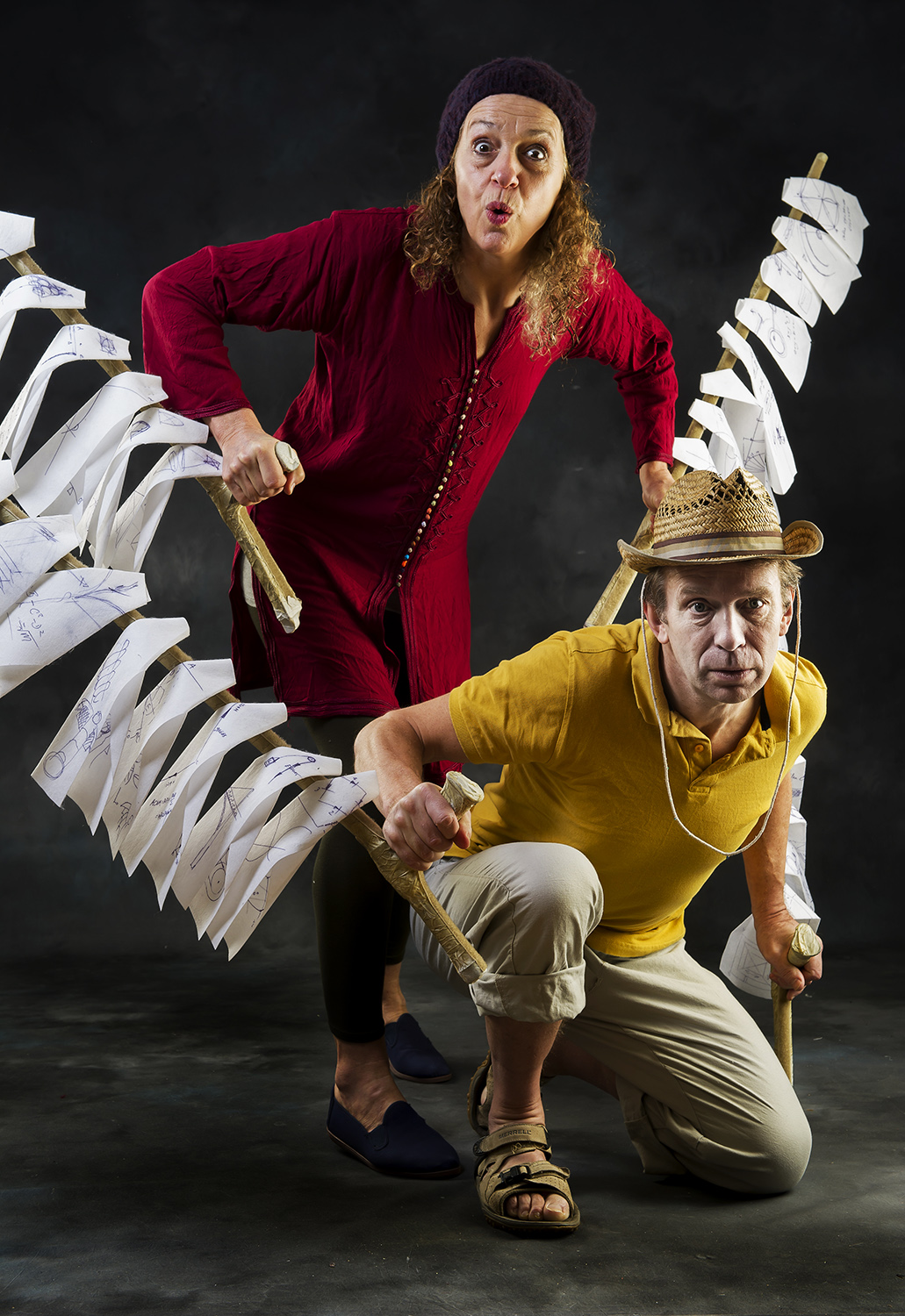 An old man and woman act out an amazing tale. He says his name is Daedalus and that he built the labyrinth where the Minotaur lived. He says he made wings so that he and his son, Icarus, could fly. She says she is a princess, helped Theseus defeat the Minotaur and was left on an island to marry a god. But how reliable are their memories? Just how true are their tales?