The Adventures of Perseus

The Adventures of Perseus presents one of the most exciting myths from Ancient Greece as told by two professors who have very different ideas about where the story should begin.

Starting with Perseus as a boy, the story takes us through all the twists and turns of how Perseus sets out on his great quest to capture the head of Medusa, the snake haired Gorgon. How he tricks the grumpy Graeae, meets the beautiful Hesperides, wins the head of Medusa, helps Atlas the Giant and finally defeats the cruel King Polydectes – rescuing a young maiden, Andromeda, from a sea dragon on the way…

Children and adults alike enjoy both the bravura fun of the storytelling and the genuine drama and daring of this thrilling tale as it unfolds.

The production is for children aged 5 - 11 and their families and has played in schools, theatres, arts centres and festivals.

It has proved to be of especial interest to Key Stage 2 classes studying Greek Myths.

Two professors argue about how best to tell the exciting story of Perseus. One wants to start at the most exciting bit, the other at the beginning.

Eventually they agree to start when Perseus was a young man, living on an island with his hard-working mother. He wants to know who his father was. His mother tells him the story of his birth: that Zeus the King of the Gods is his father and how her own Father, a King, had cast her and Perseus as a baby into the sea in a wooden chest, because it had been foretold that the Kings grandson would one day harm him.

They land on another island where the cruel King of the island, Polydectes, keeps asking Perseus' Mum to marry him. Perseus doesn’t like this king, but does like the king’s brother, a fisherman, because he is kind and looks after him and his Mum. One day this cruel King demands that Perseus attend his birthday party and then makes fun of Perseus for being too poor to give him a birthday present. Perseus says he’ll get the king any present he wants. Polydectes demands a Gorgon’s head. Gorgons have poisonous snakes growing out of their heads and one glance of their eyes turns you to stone. But the fisherman helps Perseus train his body to be calm and listen carefully to the world around him in order to help him defeat a Gorgon.

Perseus sets out on his journey to find the Gorgons His brother Hermes, who is a God, gives him a special sickle-sword sent from Zeus, a shield as shiny as a mirror from the Goddess Athena, his sister, and a pair of winged sandals so he can fly – all to help him on his quest to win a Gorgon's head.

First he has to find the Graeae, three very grumpy old women, to persuade them to tell him the right way to go. He has to trick them make them help him. They tell him where to find the Hesperides, three incredibly beautiful women, who give him a special bag to put the Gorgon’s head in so the snakes won’t bite him and the eyes won’t turn him to stone. The Hesperides also give him a special cap that can make him invisible.

Finally, he travels through storms to the Gorgons' Island. There are three Gorgons and they’re all asleep. Using his cap of invisibility Perseus finds out which Gorgon is called Medusa as she is the only Gorgon that can be killed. Using his shield like a mirror, he watches her reflection carefully to see where she is without her eyes turning him to stone and finally, using the calm the fisherman has taught him, he wins the head of Medusa, the snake-haired Gorgon.

The helpful Hesperides have one final task for Perseus which is to help their father Atlas hold up the sky forever. Perseus does this by using the Gorgon’s head to turn him to stone.

As Perseus flies back home to give the Gorgon's head to the cruel king Polydectes, he notices a beautiful young woman chained to rocks below. Her name is Andromeda and she has been put in chains to wait for a sea-dragon to come and eat her up. Perseus uses his cap of invisibility and the Gorgon’s head to defeat the sea-dragon and to save Andromeda. They both fly back to the cruel King where Perseus turns him to stone too. His mother marries the kind fisherman. And Perseus and Andromeda fly off to start a wonderful and kind kingdom of their own.

Throughout the story the professors argue about how the story is told and who should tell which bit but they do agree, finally, on an appropriate ending. 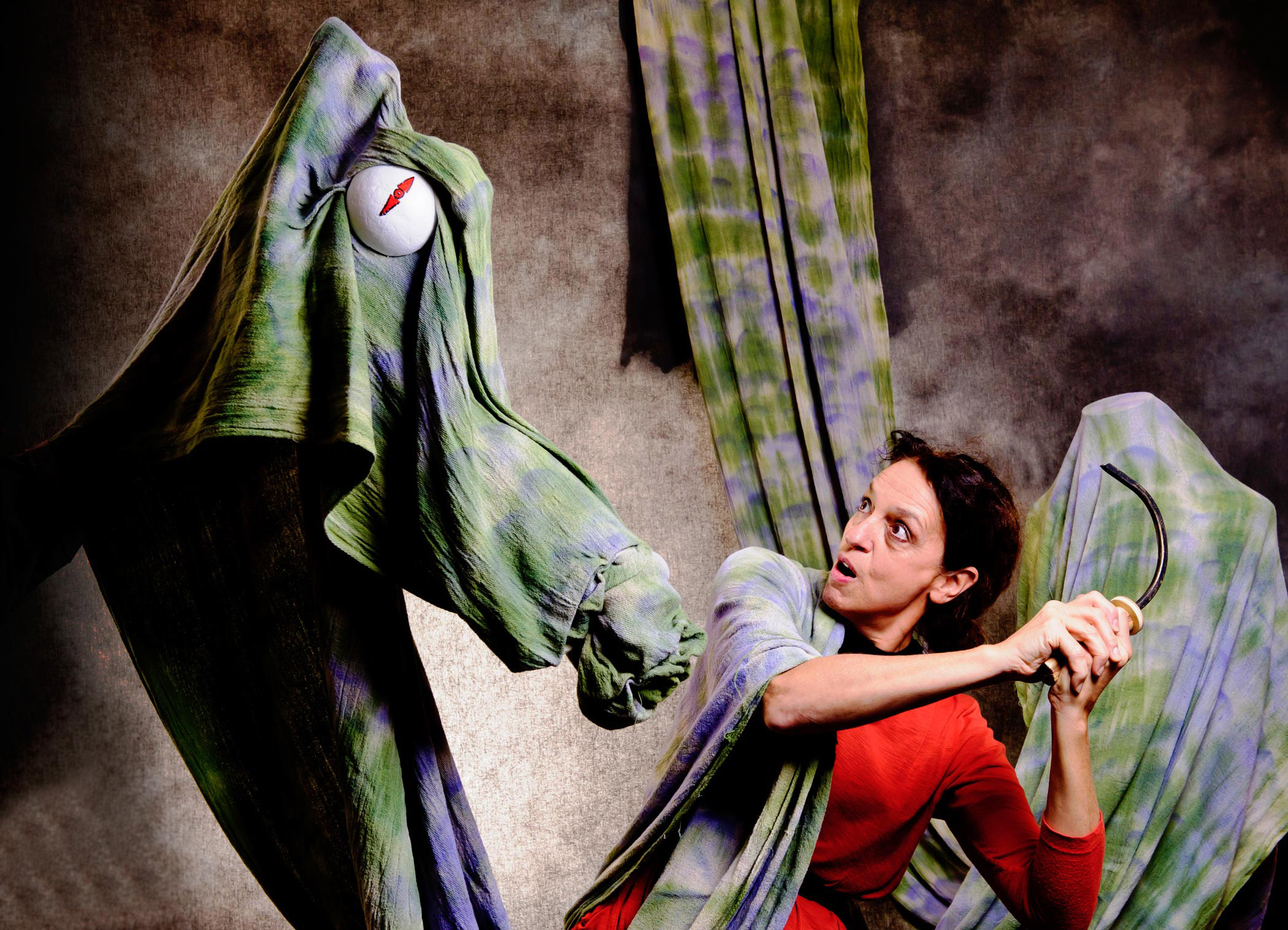 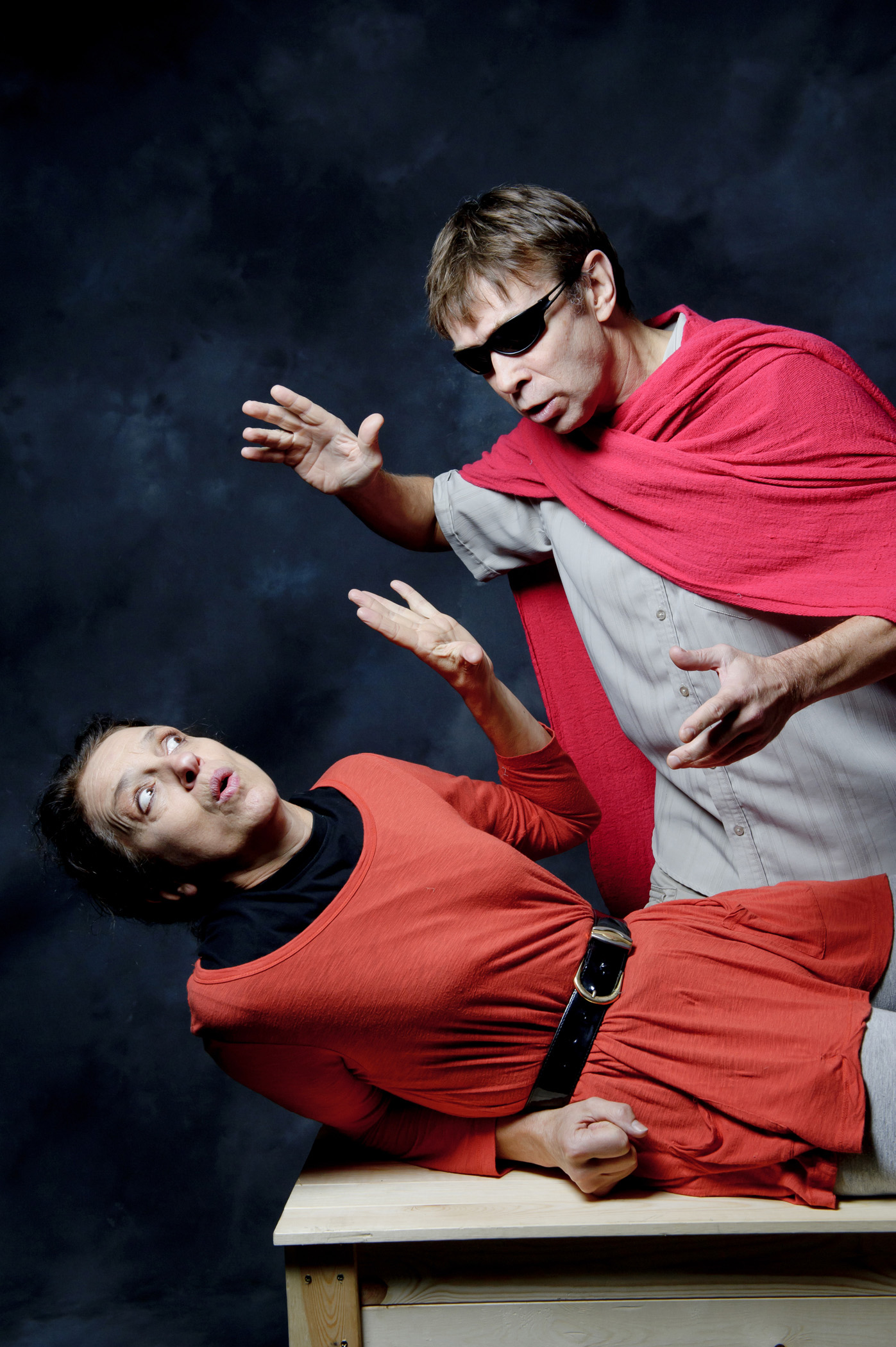 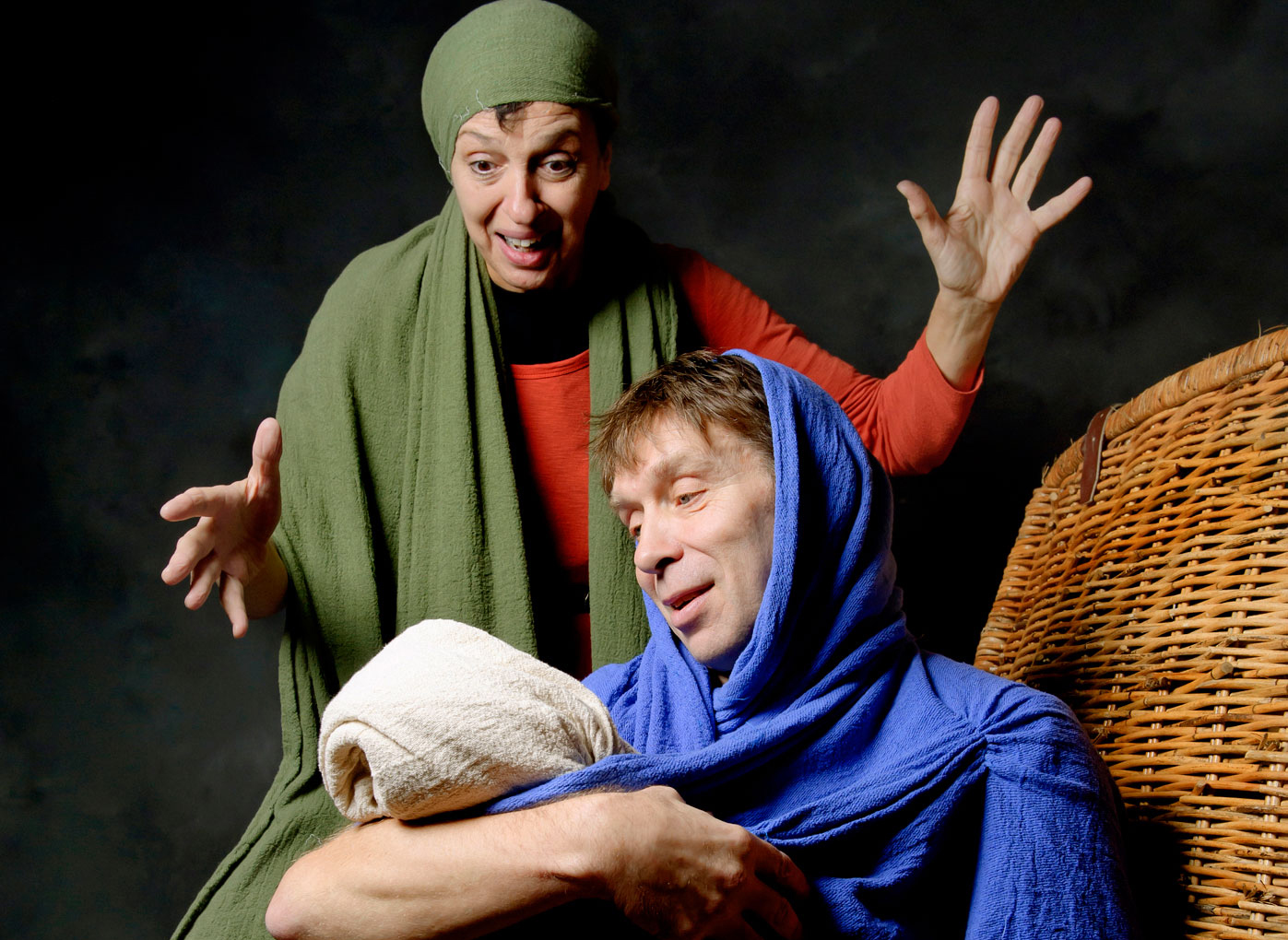 Two quarrelsome professors bring to life one of the most exciting of the myths from Ancient Greece: the story of a woman with snaky-hair, a sea-slime monster and a boy determined to protect his mother.

The professors use projection, puppetry, lightning-quick character changes and some pretty impressive physical action to tell their tale. And even manage to agree on a suitably happy ending!

Multistory hits the jackpot again. The Adventures of Perseus is fun and fabulous and sure to appeal to kids of all ages – 6 to 96 – although it might be best to check with those too cool for school before buying them a ticket.

The two performers – Gill Nathanson and Bill Buffery – start the show robed as Potteresque professors. No boring teachers these two – they kick off with a pile of quickfire questions to engage the audience. Even the adults can hardly contain themselves as the answers fly up from the floor. The quizzing sets the stage with a swift Athena to Zeus of the classics.

Then it's time to meet Perseus. Nathanson takes on the role of principal boy. She has great physicality with amazing mime skills and almost Olympian levels of fitness (only to be expected in a child of Zeus). They parcel out the other roles – fisherman, king, damsel in distress, mythical figures galore - with Buffery so busy that he runs out of voices.

Perseus is sent on a quest and all because he didn't give the richest man on the island a birthday present. Well, what can you get for the man who has everything? A gorgon's head, apparently.